a stack is a seductive thing.  it comes about by having several similar items proximate to each other, in a space with lots of other collections of things, so that these items pile up and become stacks. it is a common organizational trick, and makes for ease of organization if not ease of access to the things nearer the bottom. my sculptural stacks are stand-ins for the idea of too much, of enough already, of "I don't even know what's in these damn boxes but I'm still going to hold on to them". Along with the damn boxes, it is the dominant system in place in our studio. 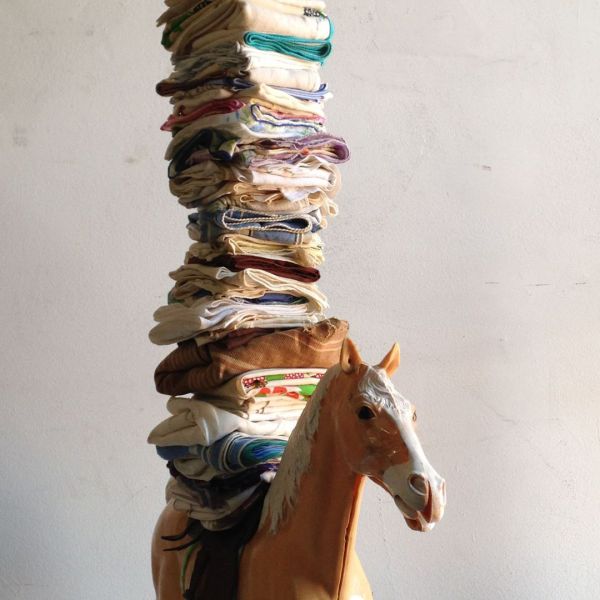 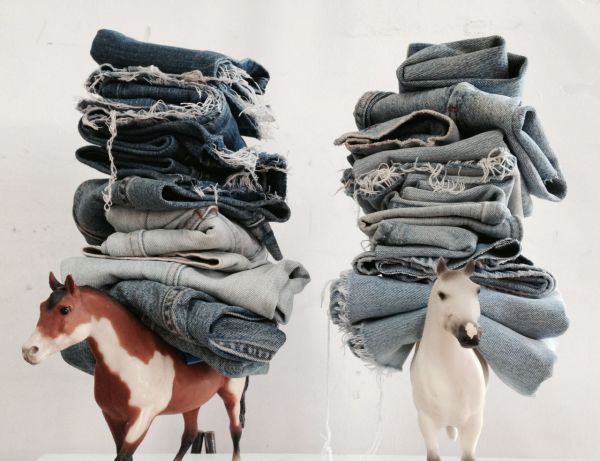 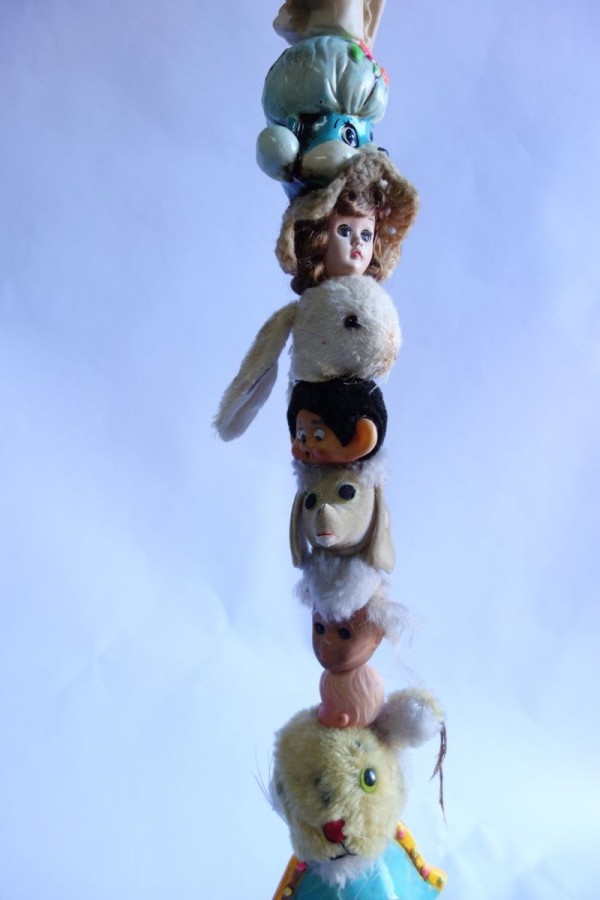 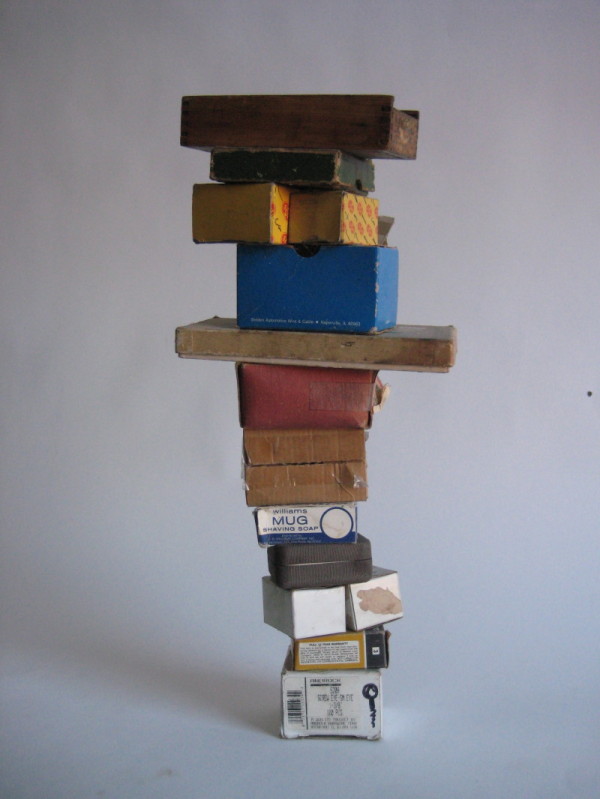 I met Anne Carson in 1995, while in residence at the Djerassi Foundation in california. As one good thing generally leads to another, we have worked on several projects together since then.  Our second-to-most recent project was called stacks.  It was first presented at Hunter College in 2009.  Anne read a text she had written upon the subject, and I stacked, restacked and moved a very large assortment of cardboard boxes about the stage, with Robert Currie doing the same thing, sometimes in agreement, sometimes not.

later we were joined by choreographer Jonah Bokaer, who scored the piece for four dancers.  we developed the work with a short residency and performance at Mount Tremper Art Center in New York, and a final version was presented at New York University's Skirball Center in December 2009.

stacks will be performed in the historic Moore Building in Miami on april 8, 2011.  for information, click here. 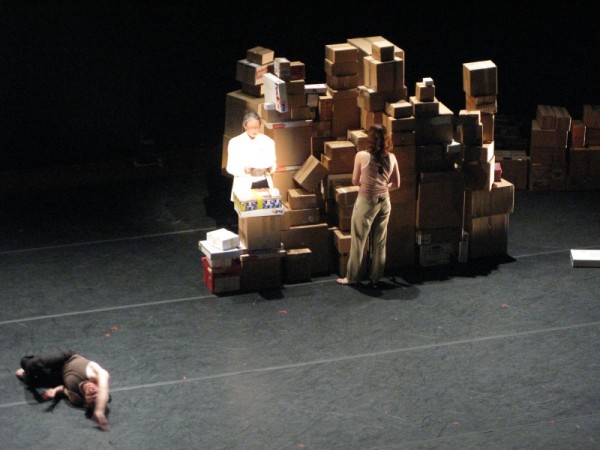 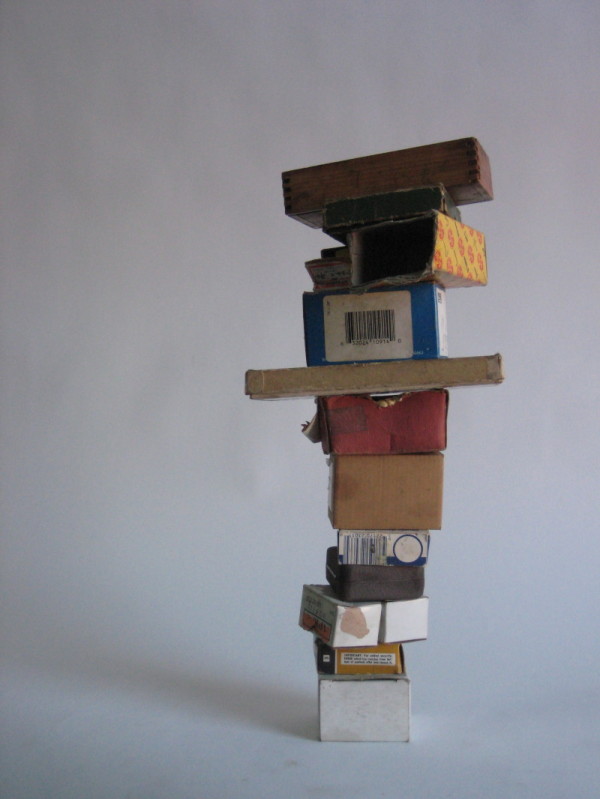 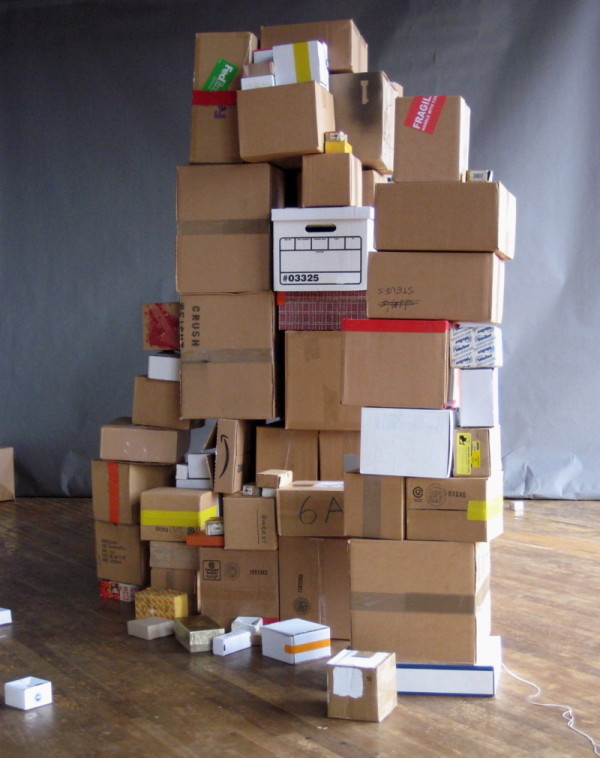 working still from the performance about 8' h 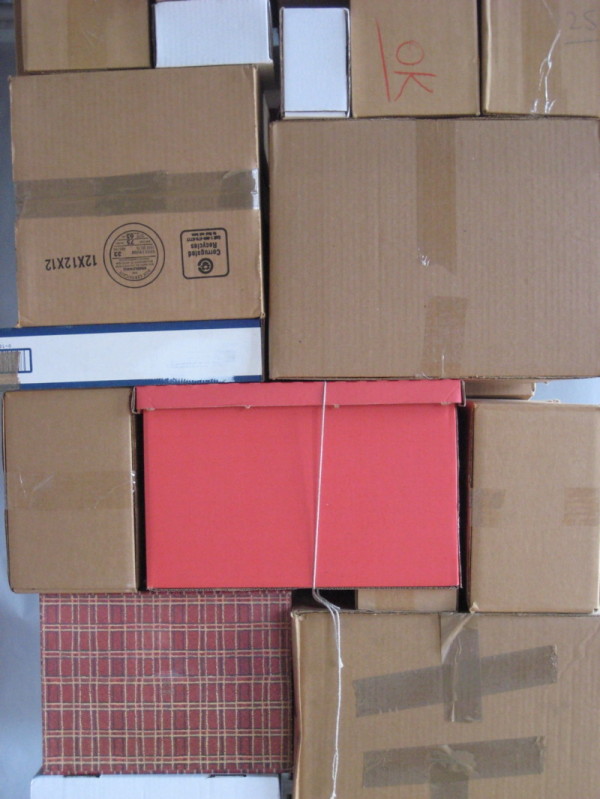 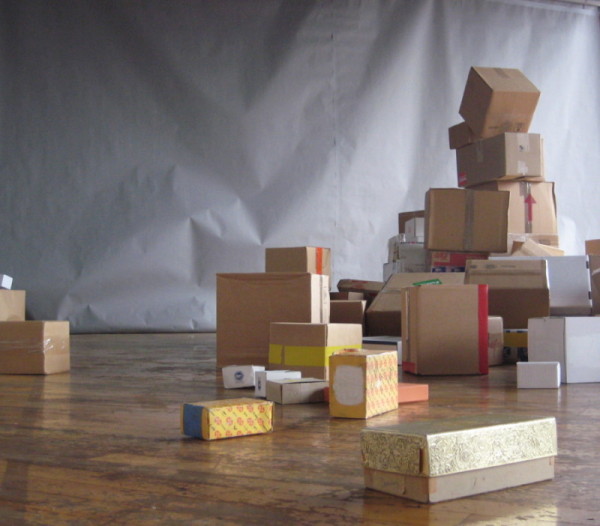 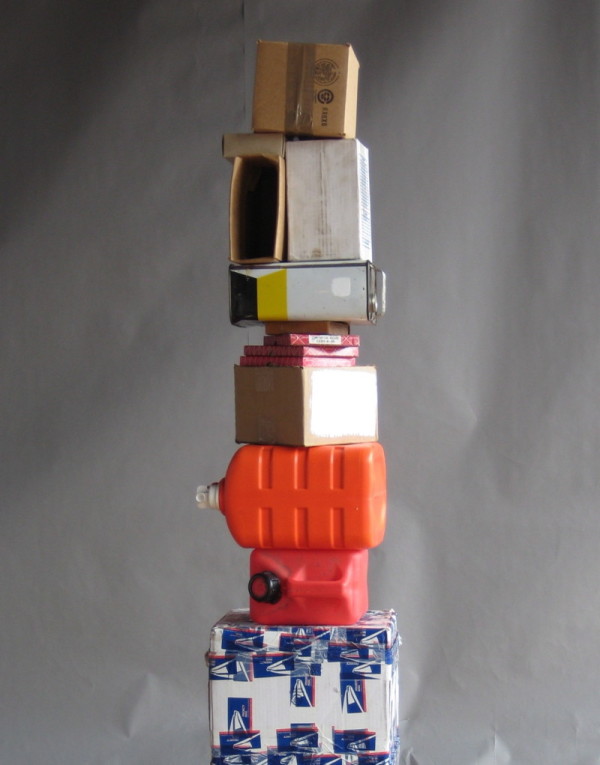 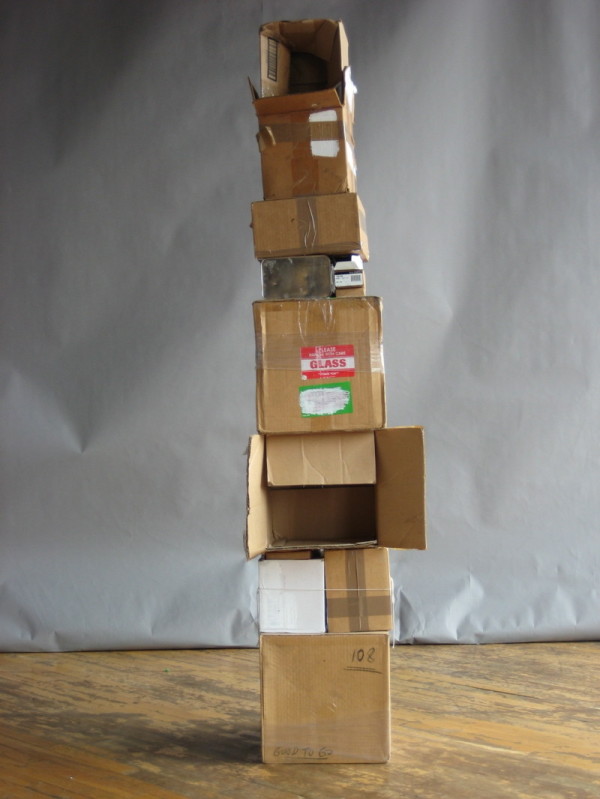