since I make things out of other things, and they live in space, I call it sculpture, even as it functions as a lamp, or bowl.

at seven, while homeschooled that year, I wrote an essay that outlined clearly my future studio as an artist. I described the tables and areas for various disciplines, requiring five separate rooms, and even specified that I would have two children (boys), and that my wife would "do the reptiles". I later planned to drive around america in a Winnebago selling walnut shell boats, with little decks and masts of flat toothpicks.  I had a passion for lighthouses, also making them in toothpicks, and learned that an ancestor had been appointed keeper of all the lights and beacons in Connecticut by George Washington. I feel that making and selling objects at the flea market to be a direct corollary to that Winnebago dream. 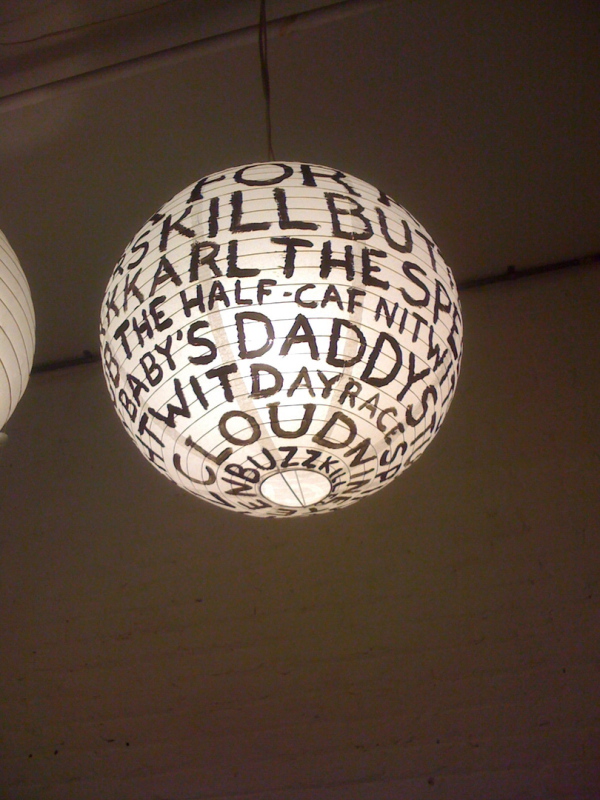 this was painted for a show at spring3d gallery. the text is a collection of fictionalized band names made up as I painted, among them the half-caf nitwits, cloud nineteen and buzzkiller. 24 inches in diameter. 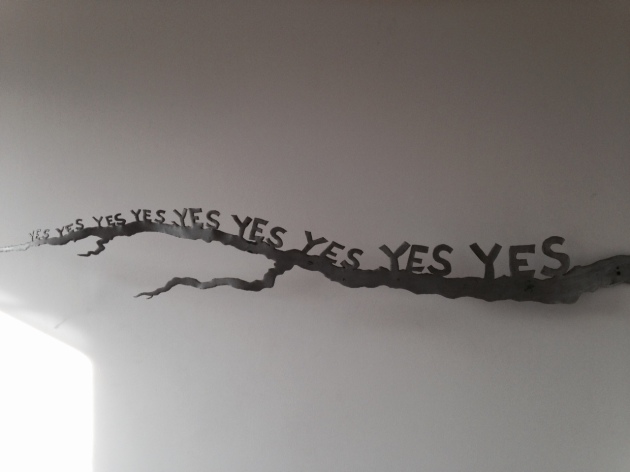 when we moved to our present apartment, I made this to celebrate our new space.  at six feet wide, it shouts out daily in our living room.  made of chiseled zinc with a steel armature. 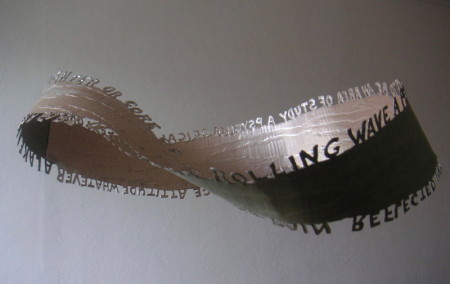 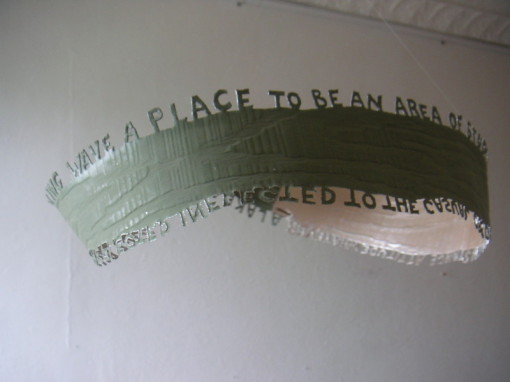 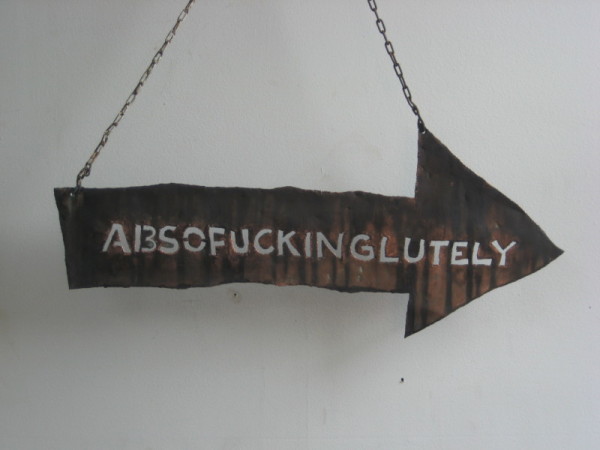 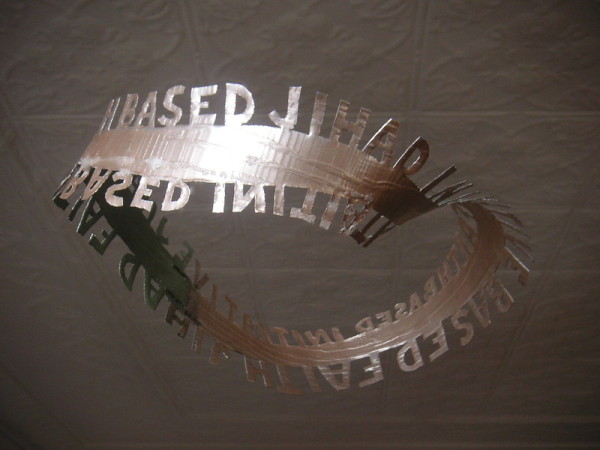 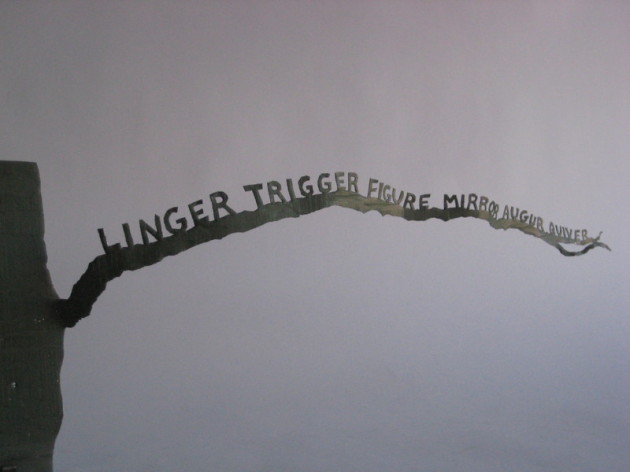 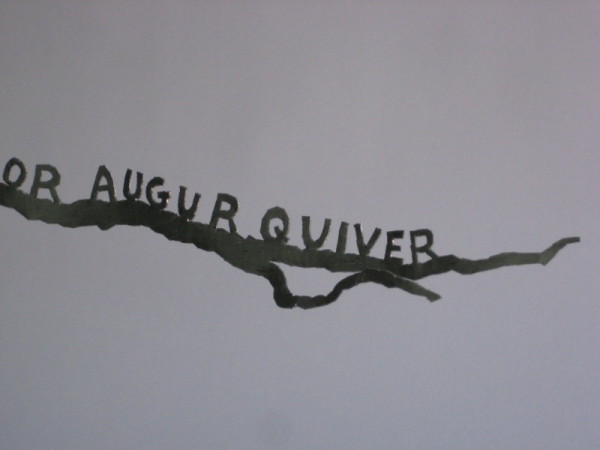 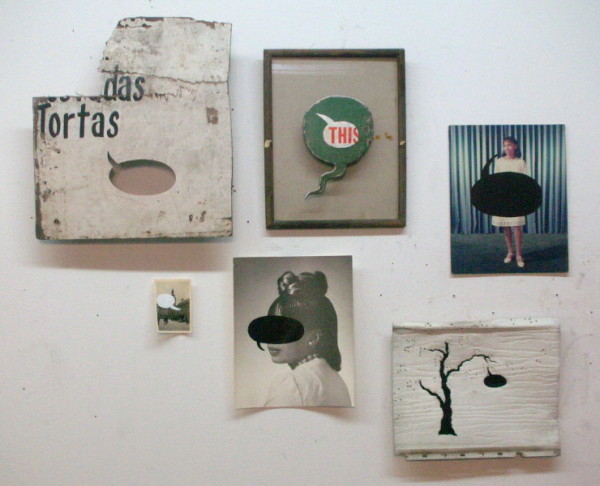 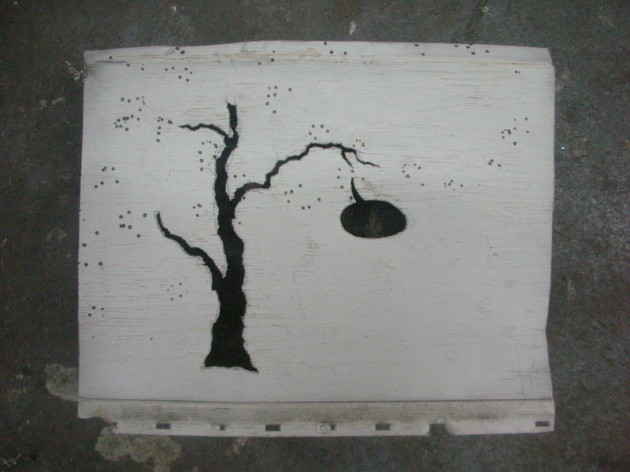 this, detail, aluminum siding with traces of vines 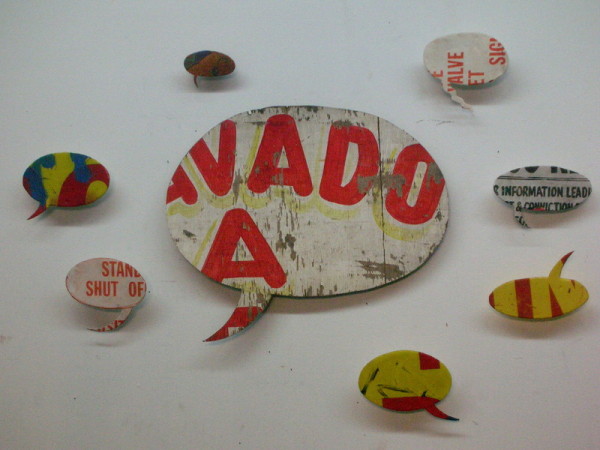 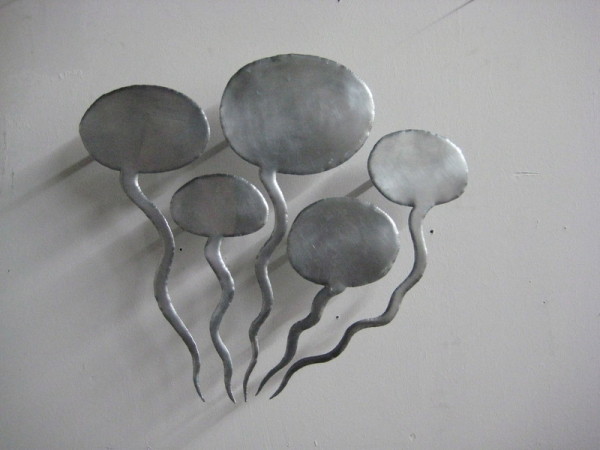 thrive. chiseled from zinc and mounted on pegs off the wall 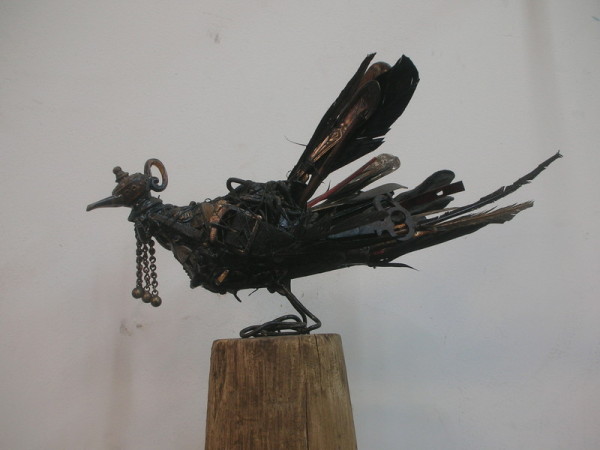 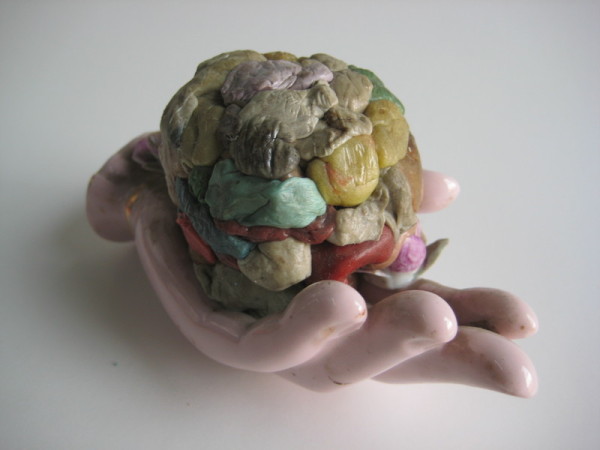